Home Review GoPro Hero 9 Black: Everything You Need To Know About The New...

GoPro has been incredibly regular with updates to its action camera range these past few years. And like clockwork, it has now introduced the Hero 9 Black, it’s the latest and best offering. This action camera boasts of a new 5K sensor and a host of other features that will definitely grab the fancy of anyone looking to capture sports footage, underwater shots or shoot general action videos. It’s priced at $450, which is higher than usual. If you’re wondering why that is, here’s a look at everything that’s new in the new Hero 9. 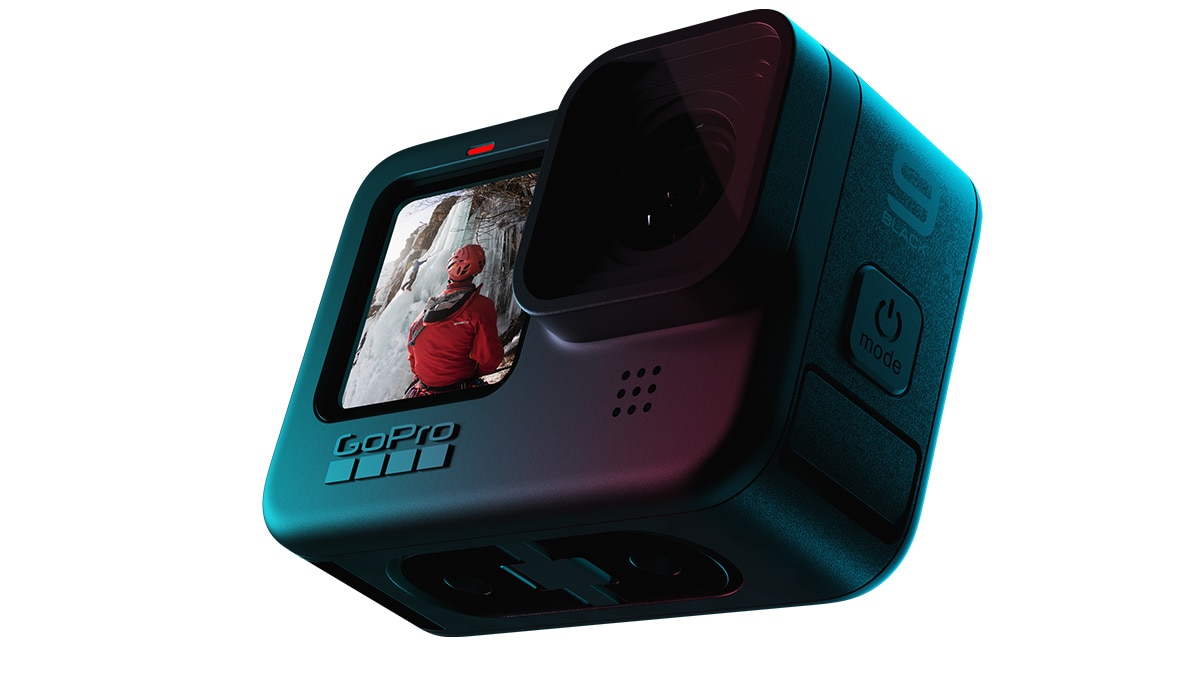 If 4K videos just weren’t enough for you, the GoPro Hero 9 can grab 5K footage with its new sensor. You can shoot these clips at 30 or 24fps and the larger sensor also means that photos clicked with the camera get a bump from 12MP to 20MP. However, despite this, there are no new slow-motion modes, unfortunately. 4K videos max out at 60fps, 2.7K at 120fps and 1080p at 240fps.

Another big addition is the 1.4-inch front panel that does not just display the camera’s settings, but also acts as a viewfinder for when you’re filming yourself. You can use its Full-Screen setting for a zoomed-in view that fills the whole display, its Actual Screen setting for a live preview of what the camera sees with black letterbox bars, or just have it show stuff like current mode, battery life etc. This screen is not touch-enabled.

The rear screen on the GoPro Hero 9 houses a 2.27-inch touchscreen panel, which will definitely make it easier to use for those with large fingers. This also means that the GoPro of this year increases in overall size. The company has used this opportunity to add more battery to it in the form of a larger 1720mAh cell.

GoPro has updated HyperSmooth and TimeWarp modes on the Hero 9. HyperSmooth 3.0 adds tiny improvements to the camera’s stabilization powers, while TimeWarp 3.0 gets a new “half-speed” option when recording TimeWarps. Both these features are compatible with the new in-camera horizon levelling, which is unfortunately only available in the Linear mode.

Another new feature is Scheduled Capture, which lets you program the camera to start recording on a particular date and time. And then there’s also Duration Capture, which can stop recording after a particular amount of footage is captured. LiveBurst is an interesting new addition, which starts taking photos even before you press the shutter button to make sure you don’t miss anything.

Apart from updates for the old mods, GoPro has also introduced a Max mod. This lens add-on allows you to capture 155-degree wide-angle footage while still utilizing HyperSmooth 3.0. With this mod, you’ll be able to grab 2.7K footage at up to 60fps. Unlike other mods that are already available in the market, this one will be released next month by GoPro.

7 Best True Wireless Earbuds You Can Buy In 2020

Lenovo Chromebook Duet review: Cheap has never been so good

Best Video Calling Apps to Connect with Friends during the Lockdown

Zotac To Showcase Their New Zbox Mini-PCs At CeBIT, Threat to console?

Is it Worth Buying old Nvidia/AMD GPU’s In 2017

7 Best True Wireless Earbuds You Can Buy In 2020